Bleeding gums are one of the most common symptoms of gum disease. Gum pain, sore gums, and gum bleeding are often present in patients who have gingivitis, an early stage of gum disease. Chester Springs dentist, Dr. Jason Petkevis treats bleeding gums, gum disease, and gingivitis through a wide range of general dentistry treatments.

Many people believe bleeding gums is a sign of good brushing. However, it is not normal for gums to bleed when you brush! Bleeding gums is often caused by a build-up of plaque along the gum line. Plaque can push down into the pockets of the gum and harden into tartar. As you brush or floss your teeth, this irritates the sensitive gum tissue and can cause bleeding or soreness.

Bleeding gums are also common during pregnancy because of hormonal changes taking place in the body. Pregnant women should continue to brush and floss, but be extra cautious around sensitive gum tissue to prevent bleeding. It is important to maintain routine visits to the dentist during pregnancy to monitor gum health.

Other causes of bleeding gums can include:

Treatment for bleeding gums should always be coordinated by a dentist. Do not attempt to use over-the-counter medications without the advisement of a dentist. Dr. Petkevis can diagnose and treat your bleeding gums with periodontal therapy. This may include a thorough teeth and gums cleaning, also known as scaling and root planing.

If your bleeding gums are a symptom of gingivitis, he will perform extensive cleaning. If you are suffering from gum disease, Dr. Petkevis will perform scaling and root planing procedures and in extreme cases, periodontal surgery. We do our best to start with the most conservative, less-invasive treatments before recommending oral surgery.

The Cure for Bleeding Gums

If you have bleeding gums or sore gums, schedule a consultation with Chester Springs dentist Dr. Jason Petkevis for a periodontal screening to check for signs of gum disease. Call 610–400–1459 or schedule an appointment online today.

I brush my teeth everyday but my gums still bleed! Why are they bleeding?

You may be brushing your teeth too hard. You should apply just enough pressure with your toothbrush to feel the bristle against your gums. If you are squishing the brush against your teeth, you are applying too much pressure which may cause your gums to bleed. Also, make sure you are using a soft bristle tooth brush, take your time and don’t rush, replace your toothbrush about every 3 months and don’t forget to gently brush your gum line. If your bleeding gums are still a concern, please discuss it Dr. Petkevis at your next routine appointment.

Does my diet affect my gum health?

Yes! If your diet lacks certain vitamins or nutrients, this can make your gums more susceptible to infection and gum disease. This may cause your gums to become swollen, inflamed, tender and bleed. Eating a well-balanced diet will help support your gum health.

What is the most common cause for bleeding gums?

Most of our patients who suffer from bleeding gums have some form of gum disease. Gum disease is caused by a build up of plaque and tartar on the teeth along the gum line. This is the direct result of not properly caring for your teeth. To avoid the build up of plaque and tartar on your teeth, you need to brush your teeth properly twice a day, floss at least once a day and visit Dr. Petkevis every 6 months for a routine oral hygiene exam and a teeth cleaning. 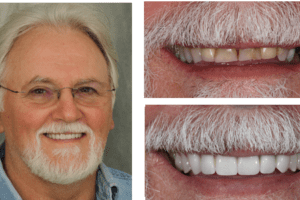 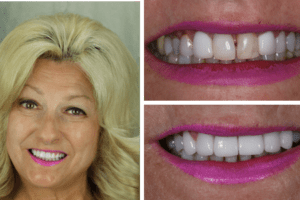 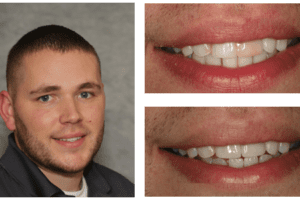 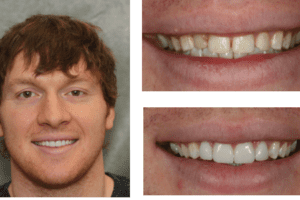 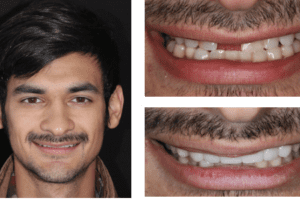 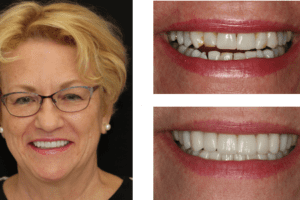